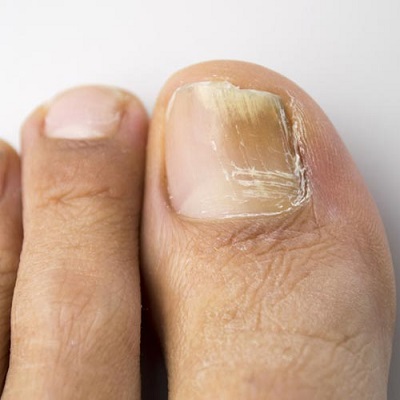 A common fungal infection, toenail fungus frequently develops when foot dermatitis extends to the fingernails. Nail thickness and discoloration can result from fungus infections of the nails on the toes or fingers. The majority of minor invasive fungal illnesses can be safely ignored; however, some individuals must seek medical care because they run the risk of repercussions from nail illnesses. When it’s moderate, it seems as if there is increasing white and yellow dots under the ingrown nails. The infection can extend to additional toes and grow significantly if left untreated, stiffening the nails.  A developing fungus in the nail causes an infection.

Among the most prevalent nail conditions in adults is a fungus. Although it typically affects toenails, it may also harm fingernails. Continue reading to know all about the Fungal Nail Infections in Islamabad, Rawalpindi & Pakistan and how are they treated.

In the first consultation with the doctor, based on the appearance of the nail, the doctor diagnoses the presence of a nail infection. However, at times additional testing may be carried out to confirm the type of infection.  After the initial examination, the doctor devises a plan on how to treat the infection. 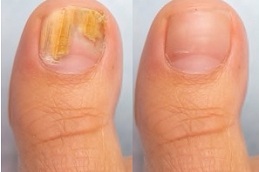 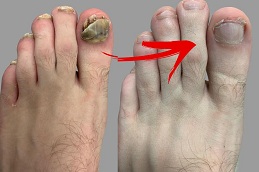 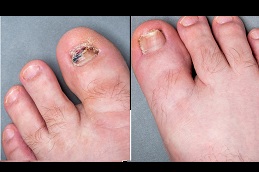 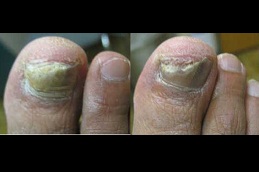 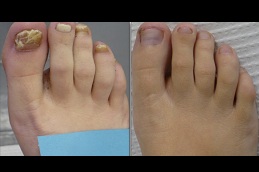 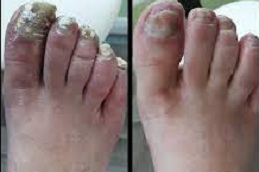 Among the following treatment options, the doctor chooses the best option according to the nail condition of the individual.

Penlac is among the most commonly utilized topical antifungal ointment (ciclopirox). It is a brush-on polish that is often administered to the nail over several months. It is advised for moderate to severe cases of fungal infection where the fungus has not reached the nail’s growth center.

The FDA approved Jublia (efinaconazole), a different topical antifungal ointment, in 2014. Specialists also recommend it. Jublia is 2 or 3 times more successful than Penlac at treating fungal infection, according to research, but it is roughly nine times more expensive.

In numerous research, tablets for treating nail fungal infections have been studied.   Ultimately, the report’s findings demonstrated that pills are far more efficient than lotions or nail paints. One may take medications that stop the development of fungus or eliminate them to cure common fungal infections from within the body. All of them require a prescription. Usually, terbinafine and itraconazole are employed for this.

If a skin fungal is the root of the nail fungus, terbinafine is the drug of choice (dermatophyte). If nevertheless, fungus or mold is to blame for the nail problem, itraconazole is typicallyarerescribed. Both terbinafine and itraconazole pills can be administered intermittently or continuously throughout doses.

Fungal Nail Infections in Islamabad & Pakistan are frequently treated with laser technology. It utilizes targeted photothermolysis to suppress the development of the fungus, although the effectiveness depends on the exact instrument employed. The use of light therapy for a fungus infection is efficient and secure. The study found that Diode lasers had an accumulated therapeutic efficacy that was noticeably greater than that of other laser kinds. It is advised to have therapy from a skilled professional because there are risks of side effects, such as discomfort and bleeding.

It is secure in that it only targets fungi rather than human cells. It is also suggested for usage with those who have complicated fungal nails because of other immune-system-affecting illnesses, as well as other elevated groups like the elderly, diabetics, and those with other illnesses.

To improve administration to the nail bed and enhance the transparency of the fingernail, a unique ultrasound-mediated medication delivery system has been devised to cure a nail fungus disease. Over each toenail, the slip-in apparatus has a delivery of drug chambers and ultrasonic transmitters. Users can choose their desired therapy method using application software on a computer that is linked to the instrument.

The doctor’s guidelines should be strictly followed to pace up the healing and get rid of the infected nail. These guidelines include

Some insurance companies cover the cost of the treatment however it does not always fall under the health insurance. Therefore it is advisable to talk to your insurance provider before getting the treatment.

The average cost of treating Fungal Nail Infections in Islamabad, Rawalpindi & Pakistan ranges from Rs. __ to Rs. __. The actual cost of the treatment depends on the technique of treatment adopted by the specialist. The final cost is determined by the doctor after considering all the factors that affect the price.

Our doctors and surgeons are highly qualified, experienced and board certified that carry out and perform the most effective and safest treatments and procedures. You can request a free consultation with them by filling up and submitting the appointment form provided below.

I had my laser hair removal sessions at glamorous clinic and I am 95% satisfied with the results. Amazing Staff.

Glamorous the Best Clinic ever for the Nose Reshaping Surgery done my liquid Rhinoplasty within a 15 minutes.

It was a good experience. The hospital was a clean and nice place. I got my procedure done safely and smoothly. Thanks